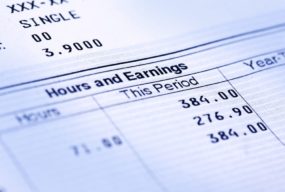 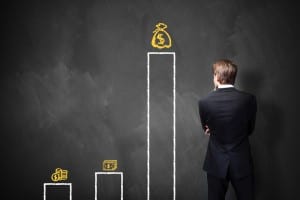 Are You Being Paid On the Correct Legal Scale?

Wages:  At the end of the pay period, for most people, this is what working is about.  Even if we love our work so much we’d do it for free, few of us can be unconcerned with being paid a just compensation for our labor, timely delivered.  And that is what the wage laws are about.

The wage and hour laws derive from two sources:  the U.S. Congress, which enacted the “Fair Labor Standards Act” or “FLSA” and the State of California, which enacted a host of “Labor Code” sections that are further interpreted and administered by regulations through the California Department of Industrial Relations, Department of Labor Standards Enforcement [DLSE] and the Industrial Welfare Commission [IWC] which issues “Wage Orders.”   If California law sets a higher standard for employer compliance, those California regulations will be enforceable without pre-emption by federal wage laws. Generally, California law is more protective and generous of employee wage rights.

This is a summary of California law, as most of these rights exceed federal protections:

2.  Misclassifying employees as independent contractors exposes the employer not only to the penalties associated with the misclassification, which are substantial, but also to all the pay-stub and overtime violations and penalties related to paying a flat sum as compensation with no pay-stub or deductions.   This type of case is attractive to Plaintiff’s attorneys because the law allows the employees to pursue a court action as a group similar to a class action, and called a “PAGA” case.  The PAGA law allows employees to recover penalties that previously could only be collected by the State of California.

WAGES ARE DUE AT LEAST BIWEEKLY.

EMPLOYEES CAN’T BE REQUIRED TO COVER THE EMPLOYER’S COSTS.

As you might infer, commissioned employees who are non-exempt should keep track of their hours to insure correct calculation of their “regular hourly rate” in order to make an accurate claim for overtime.  But remember too, it is the employer’s legal duty, not yours, to comply with the record keeping laws.  These include data showing hours worked.  So, the burden of proof will be on the employer to refute your estimate with company records showing your true time worked.

WORKING “OFF THE CLOCK” IS LIKELY COMPENSABLE.

AN INSIDE COMMISSIONED SALES PERSON, OR AN HOURLY WORKER PAID BONUS, IS ENTITLED TO THE AMOUNTS PAID INCLUDED IN THE “REGULAR HOURLY RATE” CALCULATION FOR OVERTIME.

OUTSIDE COMMISSIONED SALES PEOPLE — A NEED TO CHANGE THE WAGE LAW.

CALCULATING THE OVERTIME RATE WHEN PAID A SALARY

THE SEVENTH DAY AS A DAY OF REST

The California wage and hour laws are designed to require employers to pay what is owed when it is owed, and to avoid deductions that shift the cost of doing business to the employee.  Penalties are assessed against non-complying employers.  These penalties can be recovered not only by the State of California, but also employees, through statutes known collectively as the “Private Attorney’s General Act [or “PAGA”].  A steady attack of overtime violations by class action litigation has caused many large California employers in the last 10 years to reform their pay practices.   The wage and hour laws usually include a provision for recovery of attorney’s fees.  Small cases can result in judgments awarding fees greatly in excess of the underlying wage claim.  Claims for overtime are especially threatening to employers given the relative ease of proving the claim, and the potential for fees and costs to be paid to the successful employee.  Finally, both the labor code, and California case law protect employees who are disciplined, demoted, or fired because they assert their wage rights, either informally to management or formally by an administrative complaint with the California Labor Commissioner.  See CA Dept. of Labor Standards Enforcement.