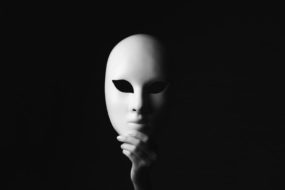 Customer Lists are Not Proprietary Merely by Being Included in a Trade Secret Agreement.

The following is a completely hypothetical and fictional account presented to illustrate legal principles. The names of individuals and companies do not identify any real persons or businesses except by random coincidence.

With 20 years in the “in flight entertainment” industry, Agnes Swartz had evolved with the technology since the late 80s. The technology advanced from a screen in front of the Cabin with a single movie offering to intranet connectivity with streaming of multi-media on demand from the back of each passenger seat. Agnes was probably the most knowledgeable sales person in the industry, aware of the costs, safety concerns, and technical advances. She was a quick study, and had a scientific bent even though art and design were her main passions. Her customers loved her, and all of them had the Boeing or Airbus in common, and all wanted the latest and best in flight entertainment.

When Agnes decided to leave her sales job with “Smooth Sailing Media” to join “Angel Flight Media,” she was uneasy. Angel Flight executives seemed to circle back too often to the depth and extent of her current customer relations. It was clear they expected her to bring her customer accounts with her. She told her hiring panel that she was subject to a trade secrets and confidentiality agreement, and that she would not reveal proprietary information. “Oh no, they assured her, we fully respect that Agreement. We’ll never ask you to disclose a trade secret.” When Agnes went through the hiring and orientation process, she signed yet another confidentiality and trade secret agreement with Angel Flight Media as a requirement of her new employment.

Turning Up the Pressure to Reveal Trade Secrets.

Not long after starting, her new boss, the National Sales Manager, repeatedly wanted to know more about Smooth Sailing’s selling methods and tactics. He wanted to know details of how Smooth Sailing customers made the decision to buy. Agnes resisted. “Even if I had that database, I would never share it,” she said. From that point on, her boss seemed impatient and even rude.

A few weeks later, her boss assigned a sales assistant to work closely with Agnes. He required Agnes to include the assistant in all her sales meetings. “Use this as a training opportunity,” her boss instructed. “We think he has potential to move into a sales manager position.”

The sales assistant was a real help, and Agnes assigned more and more responsibility to him. When the fiscal year ended, Agnes was at the top of the sales ranking. She’d made more money than ever, and was pleased despite feeling her relationship with the boss was tense.

“I’ve decided to promote your assistant to sales,” her boss informed her during a end-of-year review. “I’m assigning some of your accounts over to him.” When he showed her the new account list, Agnes was shocked. “These are my top accounts.”

“But you’ve set my quota up almost 50%. How can I meet goal when you’ve removed my three biggest accounts?”

“Look, you’re an experienced professional. You know how do this,” he told her. She knew he was lying. The sales cycle took over a year, and her her remaining accounts were smaller airlines not likely to make a major new purchase. She was being set up. The question was why?

After Agnes missed her sales quota for 3 quarters, her ranking had dropped to the lower 25%. Her boss put her on an improvement plan that required her to report almost daily on her progress to meet improvement goals she could not possibly meet. Although her boss had offered in the improvement plan to meet with her regularly to provide guidance, he often cancelled meetings, saying he was too busy. In the meantime, her former assistant, riding the wave of his new big accounts, was in the top 25%. Most of his success was due to the information Agnes had given him from years of servicing those accounts.

Agnes Has A Secret Plan of Her Own.

Agnes didn’t wait for the inevitable firing. She complained to H.R. that she felt she was being set up for failure. “Why?,” asked HR. “I think I was hired because Angel Flight wanted my customer list from Smooth Sailing. When my boss couldn’t get that, he decided to get the information indirectly by having a sales assistant tag along, learn what I knew, then take over my accounts.”

“That’s just a lot of speculation,” HR responded. When it was clear HR wouldn’t take action, Agnes found another position with a competing company. The decision wasn’t that difficult. She knew she’d be fired in 90 days no matter how hard she tried to meet the Performance Improvement Plan goals.

When her boss learned she was working for a competitor, he was outraged. Her major accounts followed Agnes to the new position. Angel Flight decided Agnes should be sued for stealing its customer list. The Company claimed the list contained details about who made the buying decision, the most important criteria for the decision, and the amount of business likely to result. Agnes claimed the information was not part of any data base except the one she carried in her head based on years of developing customer relations. But, Angel Flight had its own agenda: to neutralize Agnes as an asset to her new company.

Legal Analysis: Is Agnes in violation of her “trade secret” agreement with Angel Flight?

Angel Flight first attacked Agnes with the Uniform Trade Secret Act, found at California Civil Code Section 3426. Agnes fought back with evidence that the requirements for a trade secret listed in Section 3426 did not apply because her customer list was a) not secret; b) had no economic value as a secret, c) and Smooth Sailing did not take reasonable steps to make its customer list a secret.

Agnes presented evidence that her customer list was not found in an external data base, but was simply her acquired knowledge based on years of experience in the industry. She acquired most of that knowledge before working with Angel Flight. She argued she already knew customer buying patterns, and which customers were most likely to invest heaving in cutting edge in flight entertainment technology. She argued this kind of knowledge isn’t gained by working just one or two years with a new company.

Agnes went further. She challenged Angel Flight to refute her evidence that Angel Flight had no security systems in place to protect access to its customer lists, and that its data base was really not much more than a customer relations management application. Yes, random notes about customer preferences and decision process could be entered, but that information was available to everyone in the company. Nothing on the company’s intranet site identified the customer data as proprietary or confidential. Besides, Agnes also argued, the information was readily available online by a Google search to every airline passenger who could see what inflight entertainment was offered as part of the travel package.

But Angel Flight stated and restated that Agnes had signed a trade secret agreement that included “customer lists” as confidential and secret. The court was not satisfied with that evidence however. It demanded Angel Flight meet the requirements of Section 3426. A confidentiality and trade secret agreement is just one piece of evidence, it stated, but not conclusive.

Agnes also went on the offensive, counter-claiming that Angel Flight hired her with the fraudulent intent of learning from her trade secrets she learned from her years with Smooth Sailing. She also claimed Angel Flight set her up for termination because she refused to cooperate in that scheme. She included a cause of action for age discrimination, reasoning that a much younger sales assistant with less skill and experience took over her major accounts.

The court held that Angel Flight had failed to present convincing evidence that satisfied the requirements of the Uniform Trade Secrets Act. Angel Flight had no proprietary interest in Agnes’s general industry knowledge. There was no proof Agnes had removed any customer information that was not generally known or readily acquired through public sources, including the internet. The court also found Angel Flight had not taken steps necessary to make its customer list secret. Therefore, it did not need to reach the question of whether the “secret” information had independent and unique economic value as a secret.

Agnes won, but she had to fight back against a lawsuit. Agnes also had to convince her new employer to stand with her against the Angel Flight’s bogus lawsuit. Fortunately for Agnes, her value to her new company was great enough that it was willing to pay the costs and attorney’s fees of defending against the lawsuit.