“Me Too” Movement’s Impact on California Sexual Harassment Law

by employeelaw | "Me Too", California Employment Law, gender, law, ME TOO, Sexual Harassment, social policy 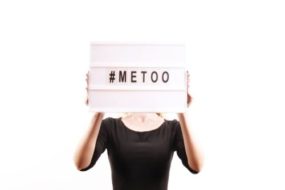 The “Me Too” Movement May Change the Way Sexual Harassment Investigations Are Conducted.

The “MeToo” Movement may cause a permanent shift in the way companies investigate sexual harassment complaints.  Juries, judges, and arbitrators may now have heightened expectations of what fulfills an employer’s duty to take immediate remedial action to end the harassment.  See CA Govt. C. Sec. 12940(h) and Flait v. North American Watch Corp. (1992) 3 Cal. App. 4th 467 at 476.  Very likely, other women will now support a harassment whistleblower.  It may also be that arbitrators and juries will be more critical of shoddy investigations that allow the perpetrator to repeat his harassment.  The law requires a prompt, thorough and fair investigation of a sexual harassment complaint, followed by appropriate corrective action.  [See CA Govt. C. Sec. 12940 (j) and (k), and Roby v. McKesson Corp. (2009) 47 Cal.4th 686, 707.]

The “Me Too” Movement Reinforces California’s Early Adoption of the  “Reasonable Woman” Standard of Sexual Harassment.

Who is to judge when unwelcome sexual overture at work crosses the line?  The standard of proof is that of how a “reasonable woman” would experience the unwelcome behaviors.  This standard may seem obvious, but it evolved from an awareness that the prior standard, that of a “reasonable man” or even “reasonable person” raised the possibility of ingrained cultural bias allowing discrimination.  Ellison v. Brady [9th Cir. 1991] 924 Fed.2d 872.   Definitely, the perspective is not that of the accused harasser. The harasser’s defense of “I meant no harm” is no defense at all.

Behind all this focus on “reasonableness” is a societal norm:  how much will we tolerate, and how wide will the Courts open the door to allow new cases to pass through for trial?  The MeToo movement represents a societal shift favoring a presumption that the primary credible perspective used to answer these questions must be that of the women who are harassed.

The “Me Too” Movement Highlights the Power Imbalances that Drive Sexual Harassment.

One factor leading to harassment is that the workplace by design has power imbalances.  Much sexual harassment is the result of one party feeling that he or she has the power to abuse a subordinate without consequences.

Another factor is that men and women often work long hours in close proximity while looking and acting their best.  For many office jobs, we are probably better groomed, dress better, smell better, and are more attentive and energetic than at any other time of day. Is it so surprising then that work is a place for romance but also sexual harassment suits?  Today’s consent can quickly turn into tomorrow’s disdain. What was once welcomed flattery can become unwanted advances.   The former lovers must still report to work, often in close proximity.  It’s a recipe for conflict, and employers know it.

The “Me Too” Movement Isn’t Just about Women, But About How Abuse of Power Affects Both Genders.

Given the Heightened Awareness of Sexual Harassment after the “Me Too” Movement, What is the Future of Workplace Romance?

Employers prefer to focus on production, not lawsuits.  But employers have limits.  Individuals have privacy rights to associate off site, off hours, and out of view. But want happens in private doesn’t stay private when the love or hate gets expressed at work. In California, employees have a protected statutory and constitutional right of privacy for off duty conduct:  Labor Code Section 96(k) allows an employee to bring a claim against his or her employer if the employee has lost wages resulting from a demotion, suspension or termination for “lawful conduct occurring during nonworking hours away from the employer’s premises.” Barbee v. Household Automotive Finance Corporation holding that an employer may limit off-site activity if it has a sufficient connection to work performance and morale.

What are an employer’s options?  An employer can set limits on interactions at work in the interest of harmonious work relationships and the avoidance of harassment. These restraints can include anti-fraternization policies and even “love contracts” that require disclosure of the romantic relationship.  These love agreements include promises that the relationship won’t interfere with work.  See Generally Hofstra Law Review,  Love in the Workplace, at p. 167, “Love Contracts.” The agreement may provide that if mutual consent ends, the parties agree there will be no hostility or retaliation by the jilted party.  The parties are also informed of means of reporting any harassment and the consequences if harassment occurs. In this way, the employer protects itself from a privacy invasion charge on the one hand and a potential lawsuit for failure to prevent harassment on the other.

The “love contract” may provide that if mutual consent ends, the parties agree there will be no hostility or retaliation by the jilted party. The parties are also informed of how to report any harassment and the consequences if harassment occurs. In this way, the employer hopes to protect itself from a privacy invasion charge on the one hand and a potential lawsuit for failure to prevent harassment on the other. The reality is that a “love contract” doesn’t solve the problem of human misbehavior. The contract can be evidence that that the employer knew of the potential for harassment but didn’t take the kind of corrective action needed to redress a later breach.

“Me Too” Evidence Has Been Admissible for Years In California.

A shift in societal attitude is a factor a litigant should consider in presenting a case for sexual harassment, but legally, the framework to accommodate that shift is already in place. In Johnson v. United Cerebral Palsy/Spastic Children’s Fdn (2009) 173 Cal. App. 4th 740, five former employees submitted written declarations under oath that each was fired by the Defendant employer during her pregnancy. The court admitted the declarations as evidence of the employer’s motive to discriminate because of Johnson’s pregnancy.

Likewise, in Pantoja v. Anton (2011) 198 Cal. App. 4th 87, the court admitted evidence that the manager had harassed other women, some of whom were harassed before Plaintiff was hired, and who experienced the harassment outside Plaintiff’s observation. The court held that the evidence was relevant and admissible to show the employer’s motive to harass.

Attorneys seeking to introduce “me too” evidence will cite California Evidence Code Section 1101(b). This section opens a door to use the “me too” evidence as impeachment [to rebut, e.g., “I have not harassed women at work”] or as evidence of intent to harass [to rebut, e.g., “I didn’t use the phrase ‘stupid bitch’ as a sexually hostile expression]. This fine point of evidence admissibility emerged in the Pantoja and Johnson cases because employers had long argued that an environment cannot be sexually hostile to a woman who did not directly witness the harassment of other women. In effect, she could not consider hostile what she did not witness to occur. Plaintiffs now may bypass this argument by offering “me too” evidence to prove the perpetrator’s intent and motive to harass the Plaintiff herself.

The MeToo Movement has brought sexual harassment law back to the forefront of public awareness. But it may also cause a subtle shift in the way courts and juries interpret the law when faced with questions of liability and damages. The legal framework is already in place to receive “me too” evidence, but the real test will be when women seek to have that “me too” evidence admitted at trial.