Overtime – All in a Day’s Work – But Whose Day? 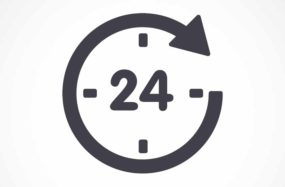 Overtime Calculation – Why the Definition of “Day” Matters

Overtime in California is day to day.   Premium pay is at 1.5 times the regular hourly rate for each hour over eight, and double time for each over 12.  Overtime at double rate is also due on the seventh consecutive day of work.

But who defines a “day,” or a “week?”  Is it the classical calendar definition of Sunday through Saturday?  Or is it the accounting workweek selected by the employer?

The question arises when a worker ends an employer defined workday on one eight-hour shift.  The employee then immediately begins work on the next “workday” shift.  The Labor Code requires overtime for more than 8 hours in a “day.”  If the employer defines an eight-hour work day to end at 6:00 p.m., and a worker has already worked from 9:00 a.m.to 6:00 p.m., and continues working from 6:00 p.m. to 3:00 a.m., has he worked two days at regular pay, or earned 8 hours of overtime?

If the employer controls the definition, the employee could work non-stop for 16 hours, but receive no overtime if the second stint of 8 hours begins on a new day.  An employer could also define the start of the workday to be 4:00 p.m. and the ending to be 12:00 a.m.

The question may also arise with the situation of working a seventh consecutive day.  California requires overtime for the seventh consecutive day of work.  Is the seventh day identified as a calendar week beginning Sunday, so that the day is always going to be Saturday?  If so, an employer could select a “workweek” to begin on any day but Sunday, and avoid paying for the “seventh day.”

When Is a “Seventh Day of Rest?”

In May 2017, the California Supreme Court in Mendoza v. Nordstrom answered a question referred to it by the Ninth Circuit:  When is the “seventh day of rest” guaranteed by the California Labor Code?  Is it the employer’s defined workweek, or is it a rolling period of seven consecutive days of work?

The Supreme Court answered that the workweek is the week defined by the employer.  So, in Mendoza v. Nordstrom, for example, an employee could potentially work 12 straight days with no guaranteed day off.  How could this be?  Because he or she could work six consecutive days immediately after the end of the workweek, and then another immediate six days to reach the beginning of the work week.  Here’s the graph of how:

The federal court also asked the California The Supreme Court if an employer can make the seventh day of rest optional at the election of the employee.  The Court answered yes.   But the Court emphasized the decision must truly be voluntary, with no hint of coercion.

Overtime Pay Avoidable by Manipulating the Definition of “Day?”

California also defines a “day” as a series of hours that total 24 consecutive hours.  That legal definition differed from the MacDonald’s Corp “day” as a workday ending with a shift.  For example, a person working the grill could work the last six hours of her shift, then begin a new shift immediately, and work another six hours.  MacDonald’s for decades paid that worker and thousand like her, six regular hours, and another six regular hours.  No overtime.  But in California law, the employee worked 12 consecutive hours in one 24-hour block of time, and is entitled to 4 hours of overtime pay.

As I write this, MacDonald’s recently lost the argument that its definition of “shift” controls when overtime hours begin.  In Sanchez v. MacDonald’s, the Company argues that it should pay little or no penalty for its overtime violations.  The full penalty would be $100 for each first violation, and $200 for each subsequent violation for each employee, for each day. The result is potentially many millions of dollars.  According to the Los Angeles Daily Journal, the company’s defense is that it did not understand the law.  This argument does not sit well for me as an attorney because I know first-hand the financial and legal resources available to large corporate employers.  There is no excuse.

In summary, a work week rather than a calendar week will define when a guaranteed day of rest is available.  On the other hand, for overtime pay purposes, a “day” is any block of 24 consecutive hours, rather than the workday shifts defined by the employer.