Ebenezer Scrooge Is Rebuked, and Tiny Tim Gets His Referral Fees. 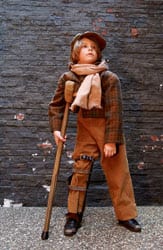 “If the pink slip doesn’t fit, get redressed!”

http://www.jobattorney.net “Fighting for the Little Guy”