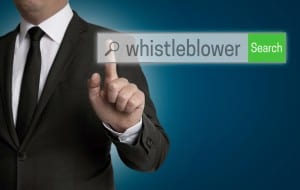 PREFACE: The following retaliation account is not based on any particular case or actual circumstances. Any resemblance by name, description or circumstance to any living person or company is purely by coincidence.

This story is presented as a learning mechanism. By it, the public will be able to identify the legal issues that may arise from a dramatized work situation.

FOR A FREE ONLINE SELF ASSESSMENT OF YOUR WHISTLEBLOWER RETALIATION LAW CASE, VISIT OUR CASE ASSESSMENT Q&A TOOL.

It wasn’t enough to be smart. A first-rate education and high performance weren’t enough. Mishad was a woman and African American. She had come to expect more was required of her to advance in her career.

“My mother hoped for more for me,” she said to her attorney in their first meeting. “She wanted a better life. She didn’t know what that exactly looked like, but she knew it was connected to education, and good grades.” Her attorney sized her up. His client had done everything a person could expect. She graduated from a good school with great credentials, and had worked without a blemish for five years in her industry. Why had she hit this dead end?

Her attorney was aware of his own biases. As a discrimination and whistleblower lawyer, he knew the truth of that old adage that to a hammer everything looks like a nail. He listened to Mishad’s story, consciously asking only open ended questions, and trying to read between the lines. Often, a chance or stray comment could unlock the door to something more important.

As he listened during that first hour with Mishad, the attorney began to see a pattern. A good worker with positive performance reviews hits a snag. Her boss gives her a dismal performance evaluation; humiliates her during a staff meeting; begins yelling at her over small mistakes, which only increases her error rate. Her co-workers, seeing blood in the water, begin to avoid her. She begins to worry about every slight rejection, feeling she is on pins and needles. Her anxiety leads to depression, and she makes more mistakes. Going into work becomes an increasing source of emotional pain. Eventually, she misses work, so exhausted and stressed that she can hardly pull herself out of bed.

After hundreds of cases, the attorney sees basically two situations: his client arrives before the termination, often on disability leave due to stress, or the client arrives at his office after being fired.   In this case, Mishad arrived while on disability leave. Her employer, a larger company with an H.R. department, placed her on “F.M.L.A.” a federally guaranteed 12 weeks leave with a promise of the same job if she returned within that 12 weeks. The attorney saw these periods of medical leave as both medically and legally useful. His client has a chance to recover from the harassment, and he had a chance to evaluate the next step, which often includes a negotiated departure. The termination can often be characterized as a “reduction in force” or “lay-off” or “resignation” to avoid a “fired for cause” mark on an employment record. The attorney knew, after speaking to many clients, the pain of re-entering a hostile work environment was too great. And he knew too, the employer wanted a way to get rid of the employee without a lawsuit. The ground was fertile for negotiation.

The attorney over the years came to see in the facts presented by hundreds of clients that his clients didn’t want to believe discrimination exists. And if it did, the question was always asked by even the most unsophisticated of clients: “But how can I prove it?” And it was true, the lawyer knew, discrimination cases are hard to prove. He knew people didn’t wake up in the morning consciously intending to treat people differently because of skin color, gender, age or disability. The evil of discrimination was much less obvious than that: it was unconscious, so deeply a part of unchallenged assumptions that it was like malware infecting a computer, except the computer was the human brain.

“So what changed?” the attorney asked Mishad.

“I mean, one day, it seemed things were going well, and the next, things seemed to deteriorate rapidly. What happened?”

The attorney found power in this question, which is why he often asked it. The answer would reveal whether the shift in the employee’s life was caused by her work, and if so, if it was illegal.

“It seemed like things got worse when I got a new boss.”

The attorney had heard this answer before, many times. Half the equation was solved. Now for the illegal part: what motivated the boss to zero in on this employee for harassment?

The answers followed a pattern too. Some set off warning lights. Others were duds. Either way, the follow up questions were important. The attorney knew his clients in the beginning had no way of connecting the dots. That was his job.

Retaliation Is Not Always Recognized For What It Is in the Early Stages.

As he listened to the story, the attorney was careful not to inject his impressions into the narrative. He had a theory: if a client felt thought discrimination played a part in the case, she would sooner or later provide the facts that pointed in that direction without his encouragement. It might be a statement like “He treated the pretty young women so much nicer,” or “I could hear him laughing and joking with the guys, but he never came into my office,” or “when I asked for an hour off to keep my physical therapy appointments each morning, he said, you know, we’re already short handed.”

In Mishad’s case, the key statement came as she casually shared that her boss came unglued during a presentation she was making. She had included some unfavorable information in a power point slide concerning product safety. Her boss glared during the presentation, and after the meeting, took her aside to say she the presentation was a disaster, and he blamed her. He asked why she had not reviewed the presentation with him before hand. She reminded him that she had tried, but he had been too busy.

Retaliation Is Unlawful When The Harm Done Is Societal As Well As Personal.

Now the attorney’s antenna were up: product safety? Could that mean something that would put the public at risk? Was it something that was so important that it was a matter of “public policy” that employees be protected if they exposed the safety problem?

The first hour of interview was nearly over. Was there a case? There was something here, the attorney thought. No one could know for sure what motivated another person, especially a vindictive boss ready to lie, or conveniently forget, under oath. But what was the “before” and “after” attitudes of the boss?

Mishad told him the boss had been polite and even supportive up to that time. The meeting was a turning point. The boss after that found fault in everything, became accusatory, and eventually put her on a performance plan. Mishad was sure she was being set up for termination.

The attorney asked about the product, and what the implications of a product defect might be for the user of the product. The product was an implanted medical device. A defect had life and death consequences. Further, the product was regulated by a federal agency overseeing public safety.

Looking deeper into the case, the attorney realized the boss was so reactive because he had been omitting critical data in reports to the federal oversight agency. His motive was his personal bonus if he obtained the agency’s approval for the product currently still in development. Now the motive for his attacking Mishad came into focus. The other half of the equation was in place: he was not just a rude bully. Mishad’s boss was harassing her illegally.

Mishad’s attorney now took a more active role in guiding her through the process of understanding the legal strategy. He explained the basic elements of proof required to make the case in court. He even outlined the proof of the case on a large whiteboard for her, and began to organize the facts under each element. He could see the lights go off in her eyes and face as she realized what had happened. She had blown the whistle, and her boss saw her as an impediment to his personal objectives of promotion and bonuses. She was not the kind of “team player” he wanted: a collaborator in defrauding the government

Mishad and her attorney from that day forward became a team with one goal: to hold her boss accountable for wrongful harassment. The attorney presented the facts and principles of law in a letter to the company, followed by discussions. Mishad was able to go forward with her life with a substantial severance and a clean record.