I Come to Bury This Employee, Not to Praise Him. 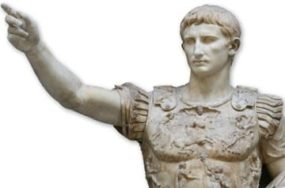 In employment discrimination cases, employers, like Marc Antony, come not to praise the employee, but to bury him. Unlike Antony, they mean it.  The employer’s oration might go like this, as taken from Scene II, in “Julius Caesar:”

Good work should be made of sterner stuff:

An employee’s performance, like a new lover, is first seen unblemished, and flaws are but charming accouterments, until the day a new supervisor or manager enters the picture with a bias to grind.  Then those little omissions, those slight deviations, that accidental entry, are the mountain peaks of error, rising like the Tetons. All to this purpose: to establish that the victim deserved what she got:  she was incompetent, defective in the extreme, unworthy of her job. Certainly, no discrimination was at play.

Which brings us to the case of Cheal v. El Camino Hospital (Jan. 31, 2014) 2014 DJDAR 1331 (6thApp. District – Santa Clara County).  I cite this case because it reveals the world of Summary Judgment in discrimination cases, and because it reveals the heavy hand of some trial judges unwilling to clear the smoke of a “thousand insults” thrown at the employee in the moving papers.  The Cheal court described this “smoke” as “the deluge of statements, counterstatements and objections, that mark modern summary judgment practice.”

Cheal is a droning of details deep into the daily work performance of a hospital dietician, or “menu tech” whose job was to prepare daily menus for hospital patients in compliance with doctor orders.  The Defendant filed 77 alleged “undisputed statements of fact” to support its motion of summary judgment, most of them going to Cheal’s work deficiencies.  The Court of Appeal, God bless them, somehow found the time and interest, to wade through these, and to then examine the merits of each against the “triable issue of fact” standard.  Most of the decision is written as a microscopic account of how Cheal put the truth of Defendant’s performance charges in issue.

Here is what is useful to the employee from this decision (as well as instructive to the Defendant Employer bringing the motion):

Just summarizing this single factual dispute on the matter of “cause to terminate” is mind-numbing, and frankly boring.  Part of me wants to scream “who cares?” The answer is:  the Court of Appeal cares, then so must the Plaintiff and the Plaintiff’s attorney.  The Cheal Court devoted pages of detailed recitation of the evidence for this issue, as well as 3 other similar detailed and complex clusters of factual dispute concerning “performance competency.”