NEGOTIATION: HOW TO CREATE AGREEMENT 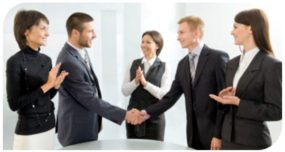 INTRODUCTION:  WHAT IS “NEGOTIATION”

Negotiation is a creative endeavor to produce a mutually acceptable outcome. The key words in this statement are a) creative; b) endeavor; c) acceptable and d) outcome.  A skilled negotiator sees the creative options to reach a specifically desired outcome, but she also knows that it will take research, planning, and sustained, patient effort.

THE NEGOTIATION CLAY NEEDED TO SCULPTURE A DEAL

Here are some of the “raw materials” that creative negotiators use to produce a different and better outcome:

WORKING WITH THE RAW MATERIALS OF NEGOTIATION

Negotiation is not “one size fits all.” A husband and wife have an emotional stake in preserving the relationship, while litigants who may never see one another again see continuing the relationship as less important. In business, vendors, manufacturers, distributors and retailers may have long standing relationships that may result in short term concessions to preserve long term rewards.

Negotiation is critical to living in a society. We all need one another, and we all also serve our own best interests. As a result, we must learn how to enter “win-win” transactions. Highly successful businesses and individuals find innovative ways to both give and receive so that needs are met.