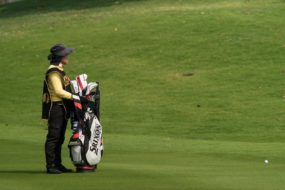 Class actions are heating up in New York for “parking production assistants” or “PPAs.”  Limited parking space means that these assistants are hired to hold spaces open at or near filming locations in New York City.  The workers claim they exceed the overtime hours without overtime pay, and must relief themselves in bottles in their cars, or pay local businesses to use their bathrooms.  The implications for California filming are obvious, but use of PPAs [emphasis on “PP”] is not as prevalent.

An off duty “Food Runner” for a restaurant stayed after his shift to celebrate his 24th birthday with a “few” drinks.  There was a question of law whether the after duty drinking was an officially encouraged social event.  A San Diego Jury awarded $1.4 million to a skateboarder struck by the drunk driver five miles from the restaurant after the employee’s excess drinking at the restaurant.

Recent California Employment Law — Witnesses Not Disclosed in Discovery May Still Be Permitted to Testify for the Non-Identifying Party.

In Mitchell v. Superior Court 2015 DJDAR 13609 (12/22/15), the Court of Appeal held that an omission to identify a witness in response to a specific interrogatory is not basis to exclude the testimony of the belatedly identified witness unless the non-disclosure was “willful” or in violation of a court ordered disclosure.  The law has long supported exclusion of witnesses where the non-identification is willful.  See Thoren v. Johnston and Washer (1972) 29 Cal. App.3d 270, 273-74.  The Mitchell case refines the question to non-willful situations, and places a clear burden on the party seeking to exclude the testimony that the party or party’s attorney knew of the identity of the witness, and consciously omitted identifying the witness.  The message of the Mitchell case:  if you get an incomplete and non-responsive answer to an interrogatory to identify all witnesses to an event, obtain a court order compelling full disclosure.

Recent California Employment Law — This Was A Long Shot That Ended in the Rough.

Caddies who contractually agree to wear promotional emblems and words on their bibs, and who release their claims for any compensation for doing so, are without legal right to a percentage of the revenues obtained by their displayed advertising.

168 PGA Tour Inc. caddies working on the PGA Tour lost their case when a federal judge threw out the “publicity rights” complaint and action for breach of contract.  The caddies are being used as “human billboards” rather than as publicity figures known to the public.  The Association of Professional Tour Caddies will now reflect on its latest legal handicap.