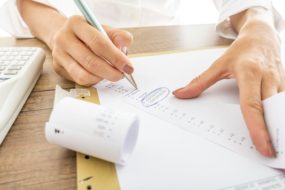 Unpaid Employment Expenses Are Only the Beginning

Employees have a powerful tool in California Labor Code Section 2802 to recover unpaid expenses incurred in the course of employment.  The three key phrases found in Section 2802 are:

Indemnity refers to the obligation to restore and make whole for a loss incurred, either as a result of a statutory duty or a contract of indemnity.  Section 2802 goes beyond common law indemnity to include attorney’s fees as included within the indemnification.  That is, the employer must restore to the employee the attorney’s fees incurred to obtain unpaid expenses.

Civil Penalties May Be Much Greater Than The Unpaid Employment Expenses

A claim for expenses can be filed with Labor Commissioner who is authorized to investigate the Complaint, and to conduct a hearing.  Section 2802 provides for the Commissioner to impose civil penalties on the employer for failure to pay.  The penalty for the first failure is $100.00.  For each subsequent violation, the penalty is $250.00.  Generally, expenses incurred and submitted for payment are to be paid within a reasonable time, usually within 30 days, but a case could be paid that they should be paid within the next pay period following submission.

Civil Penalties are usually recovered by the Labor Commissioner, and kept by the Commissioner, except where a statute specifically mandates that the penalties be paid to the employee.  Labor Code Sections 1197.1 and 2802 have such mandates.  The penalties over the period of non-payment, plus the attorney’s fees can be substantially greater than the expenses.

Unpaid Employment Expenses Likely Have Up To a Four Year Statute of Limitations, but Penalties May be Forfeited After One Year.

Statutes of limitation for unpaid expenses is unclear.  If “expenses” are wages, then the statute would follow the concept of breach of contract.  A breach of a written contract requires the claim to be filed within 4 years.  The claim on an oral contract must be brought within two years.  However, a “wage” liability created by statute (such as minimum wage and overtime) is three years.

Is an “expense” a “wage?”  The answer is likely “no,” as the definition of wage in Labor Code Section 200 refers to “all amounts for labor performed by employees of every description . . .”

Yes, there’s an argument that an expense falls within “every description” but is the expense “for labor performed?”  Most likely, a court will give the “plain meaning” of expense to be something other than a wage.

The Unfair Business Practice laws found in the The Business and Professions Code [Section 16200 et seq.] provides still another statute of limitations of four years, but the statute does not allow for recovery of attorney’s fees or penalties, and so is not necessarily the most attractive choice.

Close, But No Cigar

Finally, some employers adopt a flat fee monthly stipend to cover recurrent expenses.  This approach has been examined by the California Supreme Court in Gattuso v. Harte-Hanks Shoppers, Inc. (2007) and found legal if the formula is written and transparent, delivered to the employee in advance, subject to audit by the Labor Commissioner, and covers the actual expenses that may be incurred.    This form of reimbursement is often folded into pay, but it must be separately designated.  The critical point is that approximation doesn’t save the employer from penalties and attorney’s fees if there is less than strict compliance.  Also, an inherent complication exists for the employer:  wages are subject to withholding while reimbursed out of pocket expenses are not.  Therefore, withholding taxes on an expense pay-out is less than full timely reimbursement for expenses.

Conclusion:  Unpaid Employment Expenses May Be the Tail That Wags the Dog.

An employer has an incentive given the risk of attorney’s fees and penalties to promptly resolve unpaid expense claims.  If you have such a claim, and seek legal counsel, this office may be willing to pursue an action on your behalf if the total potential claim justifies that approach.