Religious Freedom: Not Always A Piece of Cake. 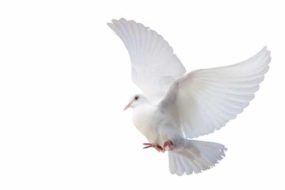 We’ve all read about the baker or photographer who refuses services to the gay wedding couple.  In the clash of sincerely held beliefs of “right and wrong,” someone will get hurt.  One such case will pit religious freedom against gender bias during the 2017-18 term of the U.S. Supreme Court.

A Colorado baker refused to prepare a wedding cake for a gay couple based on his religious convictions that homosexual marriage is sinful, and he should not be compelled to express approval of the marriage implicitly by his preparation of an item [the cake, and quite likely, the message written on the cake] celebrating the marriage. The Colorado court ruled for the gay couple.  The baker’s cake is now served up on appeal to the Supreme Court.

Religious Freedom May Depend on How You Slice It.

Society’s view on the right of homosexuals to enter same sex marriages has shifted rapidly over the decade.  This rate of cultural change is amazing.  California, for example, went from a constitutional amendment limiting marriage to opposite sex persons to being compelled by its State Supreme Court to allow such marriages.  The U.S. Supreme Court later ruled that the due process clause and 14th amendment of the federal Constitution restricted the States from denying marriage licenses to same sex couples.  Obergefell v. Hodges, 576 U.S. ___ (2015).

Is a wedding cake an expression of belief that, if compelled, would be a violation of the baker’s religious liberty under the First Amendment?  Justice William Brennan in Sherbert v. Verner (1963) stated:  “The door of the Free Exercise Clause stands tightly closed against any governmental regulation of religious beliefs.  Government may neither compel affirmation of a repugnant belief, nor penalize or discriminate against individuals or groups because they hold religious views abhorrent to the authorities, nor employ the taxing power to inhibit the dissemination of a particular religious views.”

The Baker [Jack Phillips, the owner of Masterpiece Cakeshop in Lakewood, Colorado] states that he views the use of his cakes as messages, and that some messages violate his religious beliefs.  He has written:  “And that rule applies to far more than cakes celebrating same-sex marriages. I also won’t use my talents to celebrate Halloween, anti-American or anti-family themes, atheism, racism, or indecency.”  The Denver Post.

The photography and wedding cake cases are distinguished from blatant homophobic bias by the “expressive” message the writing and/or images project.  The business people who refuse to create these expressions do so because the expression is antithetical to their religious belief.  Likewise, their religious belief is antithetical to those who are refused the goods or services the businesses provide.

Religious Freedom or Gender Bias?:  Tough Questions for the Court.

Rights collide in a democratic society.  The right of free speech collides against the public safety when the speech is certain to cause mayhem and death to innocent people.  The right to “bear arms” is limited by laws requiring the registration of weapons after a background check.  The current “wedding cake” dispute will require the court to balance two contending societal values:  the freedom to marry, and the freedom of religion.

The Supreme Court has again put itself in the role of umpiring a societal battle that raises numerous questions:

In addressing these questions, the U.S. Supreme Court will have to decide whether the icing on the cake is a form of expression that unduly restricts Phillips’s freedom of religion.  Is Phillips correct that he is somehow forced to approve homosexual marriage by preparing a cake for the wedding?  Is the act of applying a message on a cake his adoption of the message as his own?  Is his baking participation in a ceremony he finds repugnant to his religious conviction? Repugnancy and abhorrence seem to be in full supply by both parties to the case.  When the Court makes the call, there will booing from one side or the other within the stadium of ideas.