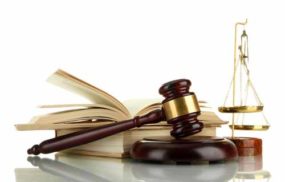 California Employment Trial Lawyer May Lose But Is Not Defeated.

California employment trial lawyer Carney Shegerian has made a reputation as a top trial lawyer for the Plaintiff employee in the last 5 years.  His approach has been simple:  try every case worth trying.  When the case is good, don’t waste time negotiating a subpar settlement.  Mediation is out of the question when the result could never be the value of the case.

I admire this employment lawyer, and have no misgivings in saying so.  I also see from this distance that he has become a victim of his own success.  He may be stretched thin over too many cases with too little time to prepare.  The Defense may be getting smarter about countering his strong points.  Knowing him to be a real danger, they respond with their own superior legal talent and resources

In 2017, Shegerian took on SpaceX recently for an employee claiming whistleblower retaliation.  The employee allegedly warned of poor manufacturing process controls for manufactured rocket parts.  The Defendant called in Lynne C. Hermle, a very successful employment defense attorney with major trial victories of her own.  It was a battle of the titans, and Shegerian lost this one.

In 2015, Shegerian won a $7.1 million verdict in L.A. Superior Court against the Los Angeles Times.  Tasting success, Shegerian then filed four more suits by other Times Employees. One of these was forced into arbitration and 2 others did not reach full trial.  The fourth is uncertain.  The Times perhaps has Shegerian’s number.  But Shegerian can afford to lose some when his wins are in the millions.

There are numerous factors that go into the mix of a jury verdict.  The quality of the trial lawyers is certainly one.  But prediction depends too on the judge as gatekeeper of the evidence, the quality and quantity of the evidence, the jury composition, the time to prepare, and perhaps the most important factor, the “likeability” of the witnesses.  We tend to believe people we like.  Perhaps Shegerian is simply moving through a process that inherently includes failure as an outcome.  Imagine a sports team that demanded every game to result in victory.

But following these ups and downs of Mr. Shegerian, I am motivated to learn from his strengths, and to avoid his weaknesses.  The emergent lesson is that the Plaintiff’s lawyer must overcome fear of the size and resources of the defendant, and accept that the path to a large verdict is uncompromising determination to get the case to a jury.  I suspect a core element of faith in the truth, a desire for justice, and belief in oneself are critical.

What makes a good California employment trial lawyer?  Ironically, the answer may be found in failure.  The same attitudes towards failure that make a great athlete, executive, entrepreneur or employee, also apply to a great trial lawyer.  Here are attitudes toward failure I think are important:

I’m reading a book by Trial Lawyer Rick Friedman, “On Becoming a Trial Lawyer.” In the introduction, he quotes a comment by the great trial lawyer Gerry Spence.  Friedman asked Spence over dinner why Spence still did courtroom battles as he approached age 70. Spence didn’t hesitate in answering: “It’s the best way I’ve found to learn about myself.”  Spence wasn’t being narcissistic.  He was saying that a courtroom is a drama of emotions and logic.  The desire to win, the desire for truth and justice, the fight to find the evidence and get it admitted, the emotional swings, the determination to push through fatigue, the struggle with despair, the presence of mind to take the next step, and even the philosophical questions of what we can really know and believe – these are all in the mix of a trial. The judge, the jury, the legal counsel, the court clerk and attendants, see the case through different eyes and for different purposes, but somehow, through all that, a conflict is resolved.

I’m grateful to Mr. Shegerian, Mr. Friedman, Mr. Spence, and to my own Orange County colleagues, each of whom teach me to be stronger, better, and more committed to success.  The civil jury trial is at risk in this country as court budgets have shrunk and the number of cases have grown in number and complexity.  So, if a lawyer is lucky enough to be assigned to trial, the privilege deserves sharp presentation, clarity, efficiency, and especially a passion for the truth.