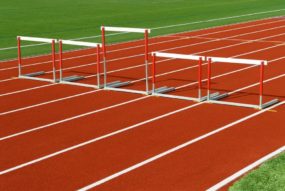 A single mom driving a car built in the previous century either pays a $100 ticket plus $393.00 in assessments.  Now the system begins to tighten like a vice on the hapless mother.

She may lose her job if she appears in Court to challenge the ticket.  She must pay the ticket in full before a court date will be set.  She instead elects to make installment payments, but if she misses a payment, her license is suspended.  She misses a payment.  Her license is suspended.  Now day care and getting to work become major obstacles.  She loses her job.  In the meantime, another citizen, a wealthy retiree, who always wanted to be a lawyer, pays the fine, and takes a day to prepare his defense.   He appears in court, beats the ticket (the officer does not appear), and has his fine refunded.

This system is a revenue generating machine that operates in truth as a taxation upon the poor, and an exemption for the rich.  Worse, it operates as a severe punishment for persons like the young single mom who lost her job.

Traffic Court Reforms Pushed by All 3 Government Branches in Coordinated Effort to help the Unemployed.

Fortunately, our Supreme Court Chief Justice Tani Cantil-Sakauye has focused on reforming this unequal access to justice.  Also, Governor Brown, with the cooperation of the California legislature, has enacted a law taking effect October 1, 2015 allowing people to apply for debt relief of a 50% reduction in debt and a waiver of all civil assessments.  The poor can get an 80% reduction.  Going forward, the system itself has been radically reformed:

Traffic Court Until Now Has Inflicted Undue Punishment on the Poor by Adding Unemployment to Their Misery.

According to the sponsor of the traffic fine reform bill, Bob Hertzberg [San Fernando Valley] four million Californians have had their licenses suspended for non-payment of traffic fines or failure to appear in court.  Of these, 42 per cent lost their jobs and 88 per cent suffered a loss of income.

There are valid and graduated reasons for suspending a drivers license, including evidence of multiple violations and driving under the influence.  A drivers’ license is a privilege, not a right.  See DMV Reasons for Suspension.  But using it as a sledge hammer upon the poor to reap billions in taxes is unconscionable.

Unemployment Can be Addressed By Reforming the Continued Practice of Suspending Drivers’ Licenses.

Still to be considered:  the practice of suspending a license for failure to pay a traffic violation fine.  The failure to pay is usually a matter of inability to pay.  The system is not working, and in fact, is harming Californians and the California economy.  The better practice would be to keep low income workers employed, off welfare, and to use the tax system to collect taxes instead of the traffic courts.