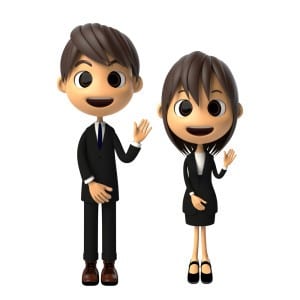 Fired Because Seen as Aligned with the Whistleblower

Whistleblower Protection Against the Double Dose of Vengeance.

I’ve had these cases, and they often result from the employer not trusting the third party because he or she is so closely aligned with the “disloyal” employee who reported or protested the employer’s illegal conduct.  The employer extends its ire to capture the person associated with the main retaliatory target.  It provides a satisfying double dose of vengeance:  the employer further damages the whistleblower by depriving him of his spouse’s or partner’s income,  and/or the employer emotionally harms him further by harming his innocent friend.  The message is even louder and clearer to the surviving work force:  don’t support whistleblowers.

Until quite recently, this “target by association” was difficult to frame in a technical cause of action for which recovery could be had.  I used a “public policy” argument that the U.S. and State Constitution allowed freedom of association, and that firing an employee because of exercising such freedom was a common law “termination in violation of public policy.”  I took this untested approach based on a footnote and dicta in a 2002 California Court of Appeal decision: Chen v. County of Orange (2002) 96 Cal.App.4th 929. Chen Full Decision.  I will still employ this theory, but the California legislature has made the case much easier to plead by enacting AB 1509 in October 2015.  The new law operates to amend a series of anti-retaliation statutes, including Labor Code Section 1102.5.  For the full text of the statute, see AB 1509.

It is often the case that multiple employees will join to present a united grievance to an employer.  This is part of a federally protected “concerted action” under the National Labor Relations Act, and is common for Union workers. But what if the collaboration is one of non-union employees afraid of being identified but who are suspected to be aligned with the one or two brave souls who step forward to challenge the illegal employer conduct?  Or what if a completely uninvolved employee is suspected by the employer to have collaborated?  AB 1509 fills a gap in the protections accorded whistleblowers, and will give vindictive employers reason to reconsider a retaliatory action.

For a more complete explanation of California Whistleblower law presented as a fictional account, see Retaliation.